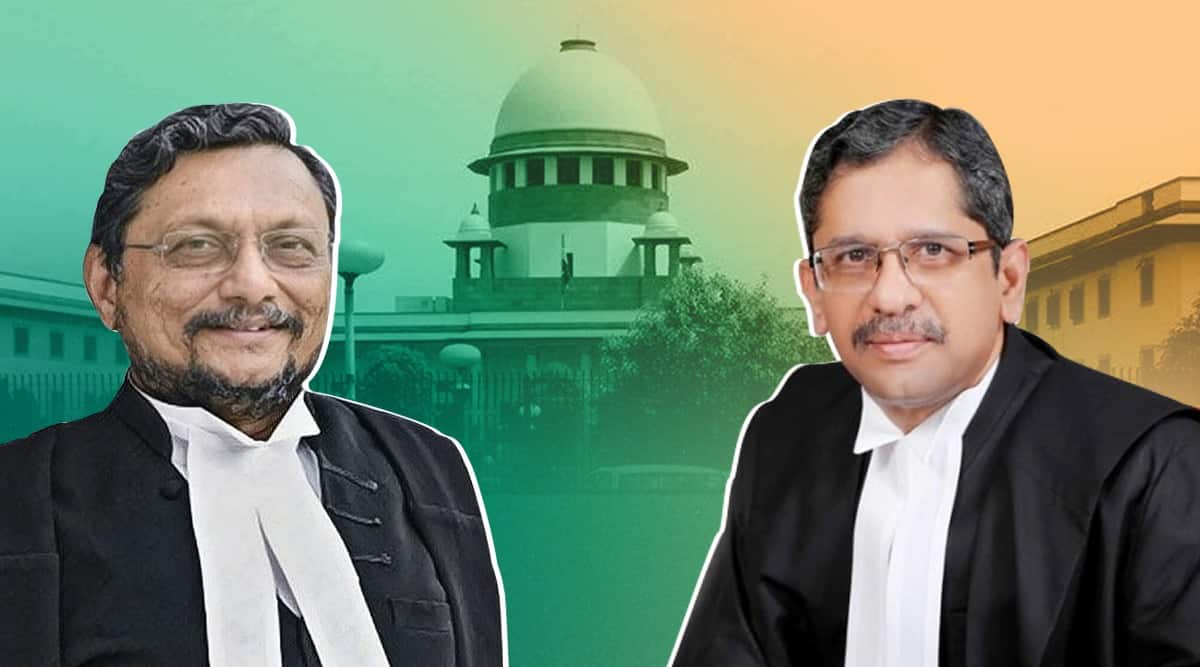 Court No. 2 of the Supreme Court of India headed by Chief Justice of India-designate N V Ramana will not be sitting Thursday, casting a shadow over the collegium meeting called by CJI S A Bobde.

The Indian Express had earlier reported that at least two judges of the Supreme Court are learnt to have objected to CJI’s decision to hold a meeting of the collegium Thursday to discuss possible candidates to be recommended for appointment as Supreme Court judges.

The argument behind the objection is that since the President of India has issued warrants of appointment for the next Chief Justice of India, it would not be proper for the incumbent CJI to make any recommendations.

On 6 April, President Ram Nath Kovind officially appointed the most senior SC judge N V Ramana as the next CJI. Justice Ramana is set to take oath to office on April 24, a day after CJI Bobde retires.

It is learnt that although the meeting was scheduled before the warrant of appointment for Justice Ramana was issued, CJI Bobde did not alter his decision to hold the collegium meeting even after reservations about the same were expressed.

The Collegium to recommend judges to the Supreme Court consists of five judges. Apart from CJI Bobde and Justice Ramana, it currently consists of Justices Rohinton Nariman, UU Lalit and AM Khanwilkar.

“There is no such convention that the outgoing CJI cannot make recommendations in the fag end of his tenure. It is up to individual CJIs to take their colleagues into confidence,” former CJI R M Lodha told The Indian Express.

CJI Bobde’s call for the collegium meeting comes in the backdrop of an unending impasse in the five-member panel on recommending Justice Akil Kureshi, Chief Justice of Tripura High Court, to the apex court even as the process of appointment of at least six Supreme Court judges is due.

The stalemate in the collegium has resulted in blocking of any discussion on other potential candidates including that of Karnataka HC judge B V Nagarathna, who, if appointed, could become the first woman CJI.

Sources told The Indian Express some members of the collegium, including the CJI, are on the fence on recommending Kureshi’s name as it could face resistance from the government, like it happened during his appointment as Chief Justice of Tripura High Court. However, other judges including Justice Nariman insist that the collegium must put the ball in the government’s court.

In 2019, Justice Kureshi was appointed Chief Justice of Tripura, after the government raised objections to the collegium’s initial recommendation to appoint him as Chief Justice of Madhya Pradesh High Court.

Although the Supreme Court is currently short of five judges, no recommendation has been made to the government in CJI Bobde’s 14-month long tenure.

Additionally, apart from CJI Bobde, Justices Ashok Bhushan, Rohinton Nariman and Navin Sinha will retire this year. The last appointment made to the SC was in September 2019. The last time such an impasse was seen on judicial appointments was in 2015 during the tenure of CJI H L Dattu when there was an unprecedented stand-off between the judiciary and the government over the National Judicial Appointments Commission (NJAC).

A newborn girl in Surat has tested positive for Covid-19. The condition of the infant is critical and has been kept on ventilator...
Read more
Top Stories

A day after the Delhi High Court said that the Nizamuddin Markaz mosque be opened for prayers during the month of Ramzan in...
Read more

This site uses Akismet to reduce spam. Learn how your comment data is processed.

A newborn girl in Surat has tested positive for Covid-19. The condition of the infant is critical and has been kept on ventilator...
Read more

Google has worked for years to position itself as a responsible steward of AI. Its research lab hires respected academics, publishes...
Read more

A day after the Delhi High Court said that the Nizamuddin Markaz mosque be opened for prayers during the month of Ramzan in...
Read more
Load more

Top 10 Places to visit in Jamshedpur

ABOUT US
In the era of digital communication, Azaadi News bestows you with the latest information which are voguish related to Business, Politics, Entertainment, Health & Technology and welcomes you to the NEW INDIA Community.
Contact us: contact@azaadinews.com
FOLLOW US
© 2020 by Azaadinews - New Dimension of News
Go to mobile version